Royal Portrush Golf Club, founded in 1888, has two championship courses – the renowned Dunluce Course and the smaller but equally enjoyable Valley Course. The Dunluce Course was redesigned in 1947 by Mr H.S. Colt and later, in 1951, became host to the first ever Open Championship held in Ireland. During the entire tournament only two golfers managed to break 70. The course offers challenging golf and breathtaking scenery, the green is laid out amid huge sand dunes that gently rise above the ground to provide spectacular views over the Antrim Coast. But no matter how appealing the view, attention must be played to your game as Portrush can challenge even the most experienced of golfers. Portrushs most celebrated holes are White Rocks and the aptly named Calamity. The 5th hole, White Rocks is one of the most exhilarating two-shots in golf. If you over hit the second shot prepare yourself to stand by and miserably watch as your ball disappears into the Atlantic! The 14th hole Calamity requires a very precise shot to carry the ball over an enormous ravine, miss-hit this one and you could be taking your next swing from at least fifty feet below the hole. So considering the above, can it be any wonder then that Golf World Magazine regularly rates Portrush in the worlds top twenty. 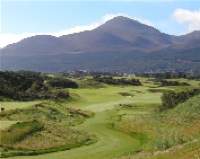 Beneath the spectacular gaze of the Mountains of Mourne there lies the most beautiful golf course in the world. A daring statement perhaps, but will anyone who has visited disagree? Royal County Down was originally laid out in 1889 by Old Tom Morris from St Andrews. However, one has only to reflect on the marvellous collection of green sites to appreciate that Mother Nature was the principle architect at Newcastle. The course enjoys a magnificent stage-like setting as it stretches out along the shores of Dundrum Bay. As well as being one of the worlds most beautiful courses it is also one of the most challenging, with great swathes of heather and gorse lining fairways that tumble beneath vast sand hills, and wild tussocky faced bunkers defending small subtly contoured greens. Alongside the Championship Links, Royal County Down has a second course, The Annesley Links. Laid out beneath the same massive, sometimes almost spellbinding backdrop, the Annesley Links is nowhere near as intimidating or as formidable a challenge as the Championship Links, but then it was never intended to be. It is a course for everyone.
The Championship Links is consistently rated among the worlds top ten courses. Accolades abound, most recently from Nick Faldo who described the magnificent par 3 fourth as his favourite hole on this superlative links. Tom Watson describes it as, a tremendous test of golf. The outward half especially is as fine a nine holes as I have ever played. Newcastle may then be the greatest links on Earth.

Situated on Ulsters magnificent Causeway Coast Portstewart Golf Club presents a difficult but fair game. The Strand Course, redesigned in 1992, is undisputedly the jewel in Portstewarts crown for both quality of game and scenery. The course is set in classic links country amid towering sand dunes with views at every turn of the blue Donegal Hills, the rolling Atlantic and the tranquil estuary of the River Bann. The opening hole with its elevated tee, dog-leg right to the green and sandy strip on the right, was always a particularly good and memorable opening hole and it is now immediately followed by seven new holes which are a joy to play. For something a little less challenging golfers can join the Riverside Course.
The nine-hole course, suitable for all of the family, stretches from the clubhouse down to the River Bann. Finally there is the Old Course situated at the eastern end of Portstewart along the rocky shore, where golf was first played as far back as 1889. Portstewart is definitely a Championship course and has played host to the Irish Amateur Championship in 1992, held qualifying rounds of Open in 1951 and has hosted other events such as the Irish Professionals and Irish Amateur Close.

One of the best parkland courses in Ireland. The present Ballydrain site is the Club’s fourth home since it was founded in 1895. Moving from Newforge Lane to Stranmillis to the Upper Malone Road and finally to its current location at the Ballydrain Estate on the Upper Malone Road. The Championship course is set in 300 acres of wooded parkland. Its 27 holes are just 5 miles from the city centre. A secluded parkland course in gently undulating countryside on the outskirts of Belfast. A 27 acre lake comes into play at a number of holes.

In 1925 the responsibility of course design and layout at the present location was given to H.C. Colt the eminent English course architect of the day, who also laid out the Royal Portrush course. With the assistance of Walker Cup player W.A. Murray, Colt produced a course of great charm which provides a true test of golfing skill and which has one of the loveliest settings of any in Britain with its unrivalled views of Belfast Lough and the Antrim plateau beyond. The course remains much the same today as it was then.

The course, which opened in 1999, has made a major impact on the Northern Irish golf scene. Designed by David Jones and David Feherty, the course, built to US Golf Association specifications, has attracted both locals and internationalists in numbers. The island tees are spectacular to drive from, with the large undulating greens in superb condition 12 months of the year. The spectacular par 3 11th displays a number of features associated with the golf course. A row of poplars on the left and the six mile river on the right makes for a challenge that no golfer should miss out on. The combined nature of the panoramic vies, wonderful natural scenery with an abundance of wildlife allows the golfer to enjoy the surrounds, while the lakes and streams helps to focus the mind on the club and ball.

Considered one of the best inland courses with fair but tight greens rarely closed due to water logging.
Many famous golfers such as Peter Allis, Fred Daly and Peter Dohereiner have rated Belvoir Park as one of the best inland courses in Ireland, if not the British Isles. Each has his own opinion, but many believe Mr Colt was right when he referred, with considerable foresight, to a course affording an excellent test, and at the same time, one that will give maximum of pleasure to golfers. 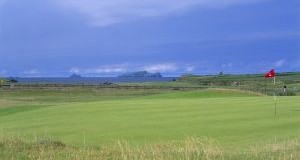 Some golfer’s favourite region of Ireland. With Ballybunion, Waterville, Tralee and Lahinch. Is it any wonder! A golf vacation to the South West of Ireland not only offers a wonderful golf experience but an emotional and spiritual journey.​ 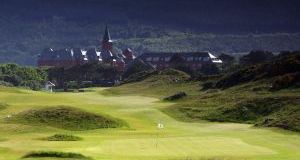 Play Ireland’s number one ranked Royal County Down as well as Royal Portrush and some other gems. The North East is the home of champions, including Darren Clarke, Rory McElroy and Graham McDowell 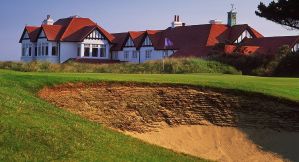 Ireland’s newest and best value golf region. There are no less than 10 great links to be found in this amazing region. Including Co Sligo, Enniscrone Ballyliffin Carne, Donegal. Still a hidden gem but fast becoming recognized as a great golf region. 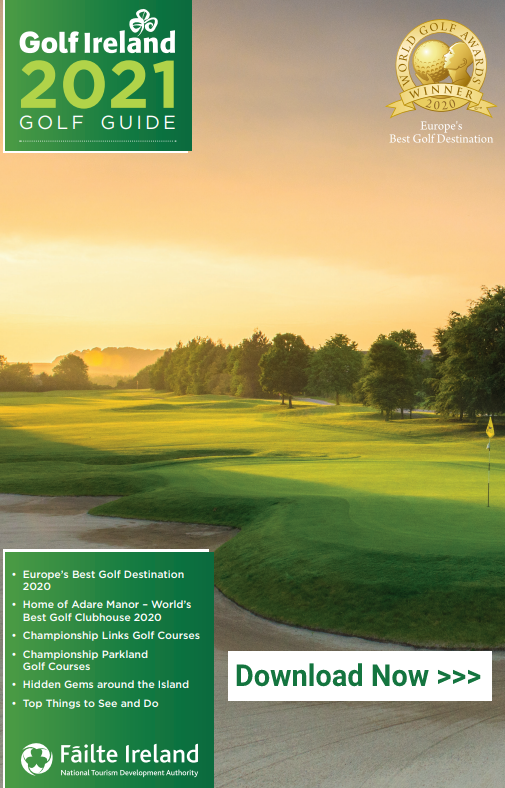